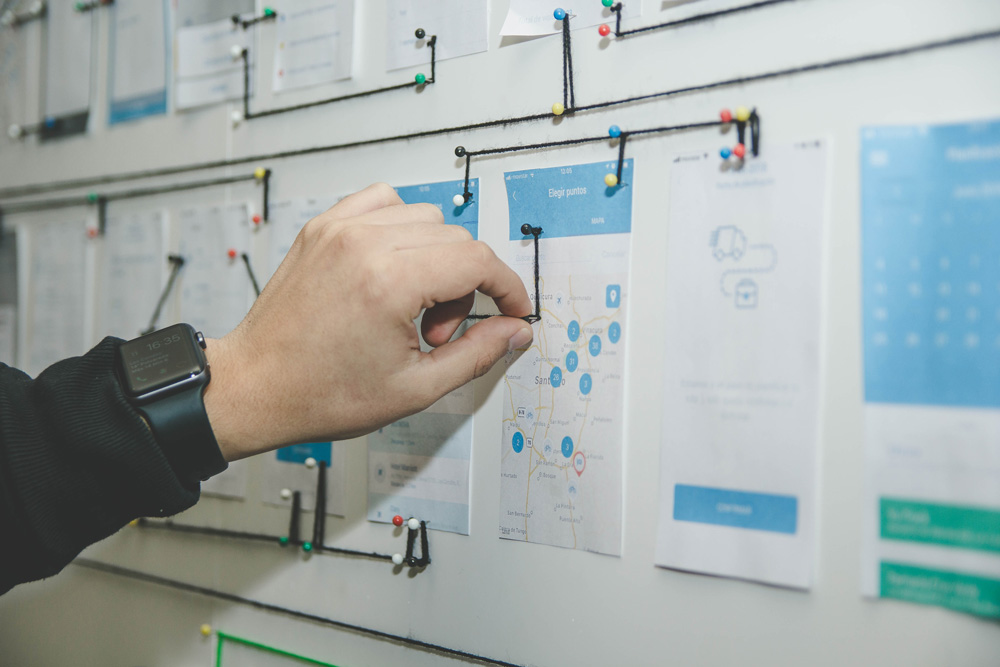 The advantages of Rapid Prototyping

If I asked you how long you think it took Google to make its first prototype of the Google Glasses, what would you say? Half a year, three months …? The prototype was made in 24 hours.

The concept of product prototyping has changed radically in the recent years: a prototype is no longer the robust and reliable materialization of the finished product - with all its functionalities, aesthetics and particularities -, and it has become a visual support that clearly reflects the value proposition of the product, without going into details or aspects beyond the crucial ones.

That is to say, prototyping today is no longer an end to and it has become a means through which to get feedback from our potential market before the product even exists. It has ceased to be an example of a finished product with a high economic cost and effort in terms of time, to become an element that evolves, changes and adapts to the opinions, sensations and valuations of the user or target customers. It is not only linked to the new products but it is also used in the definition and design of services.

Rapid Prototyping is an analogy of product/service concept proof. A process that consists of rapidly creating the MVP of a concept (Minimum Viable Product) to validate it with your potential market target, as well as possible stakeholders involved and/or interested (investors, designers, developers…).

There are endless methods to carry out rapid prototyping. The most agile, economical and simple that does not need great technical skills is sketching: prototyping through drawings, assembly with cardboards, wireframes, mockups or even storyboards with comic-style vignettes. In fact, it is the type of prototyping that many companies like Google choose for a first validation and as a previous step to the digital prototype or 3D printing, since it helps to simplify the idea, start visualizing it and takes a dedication of a few hours or few days.

In those cases in which it is needed to validate the user experience and cases of use of the product, it is convenient to end up making a simple digital prototype (such as the MVP of an App) or a 3D prototype (such as a part of a car). In this way, the user’s interactions with the product, the main problems and confusions, as well as unexpected uses can be observed.

This is the case of Lamborghini Lab, a clear example of cost and time reduction thanks to 3D prototyping. By means of 3D printers, a process that would normally involve $ 40,000 and 120 days, now amounts to $ 3,090 and only 20 days, which means a saving of 92% in costs and 80% in time*. That is what Rapid Prototyping is.

Rapid Prototyping allows teams to experiment, providing them the freedom to fail cheaply while incorporating a quick learning, expanding their knowledge about the market and real needs, and adopting a receptive attitude to constant change rather than getting defensive around their initial idea.

Rapid Prototyping is an essential part of the new agile working methodologies, highlighting its advantages not only in economic savings but also in the reduction of time to market and fit with the real market, thus increasing the competitiveness of the company in the market.

As several experts in customer experience and insight analysts declare (us among them!) “Doing is the best kind of thinking” and if you can do it at low cost and in record time, it is even better.

We use own and third-party cookies to enhance your user experience and offer you the best services possible. By continuing to browse our site, you are agreeing to our use of cookies.I agreeCookies Policy